Charity begins at home and in the UK we’re keen givers to great causes. According to statistics from the UK branch of the National Philanthropic Trust 61% of people donated to charity last year. Online giving increased in 2016 by more than 7% compared to the year before, with a fairly equal split in charitable causes between medical research, animal welfare and children or young people’s charities. 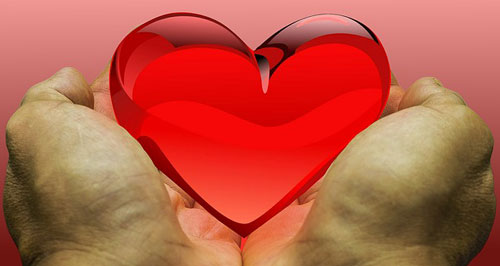 How big is the UK charity sector?

At the end of 2016, data from the Charity Register indicated that there were around 167,100 charities in England and Wales. In 2015 – 2016 the UK voluntary sector as a whole received £7.6 billion in legacies, gifts and donations. So, in many ways, charities have become big business in the UK. Inevitably that has led to a few situations where money kindly donated has not made it to the right places. The founder of a breast cancer charity – the National Hereditary Breast Cancer Helpline – for example, employed her daughter using charitable cash, and in one year only 3% of the charity’s £909,634 costs were found to have been spent on ‘charitable activities.’ So, where does that leave giving to charity today?

How much of your cash actually goes to charity?

It is very difficult to provide concrete evidence of how much of every donation goes directly to the cause it’s designed to support. This also depends on the way that money is being collected or given. It’s not illegal to fund raise with buckets on the street, for example, but it’s often very difficult to work out where any donation received that way is going. Even with larger and more established organisations the transparency is not really there. Some 800 reports of charity fraud were made in 2016 and there have been some high profile instances of scammers trying to take advantage of generous hearts – such as those who posed as charitable organisations after the Grenfell Tower fire. There is no single standard for what percentage of a charitable donation must go to the good cause in question. The only way to definitively establish if that’s the case is to look at the charity individually.

Measuring the impact of your donation

If you want to see how your chosen charity operates then look at the numbers. By law, every charity must prepare a set of annual accounts. Most charities, especially the big ones, publish these figures on their websites – and you can also view them via the Charities Register. However, although you’ll be able to see what the charity earned and what was spent (and broadly how it was spent) this isn’t definitive. The only real way to understand how your donation is spent is to ask the charity for an explanation.

The benefits of charitable giving

Other than the warm and fuzzy feeling we get from helping the causes we really care about there are some other benefits to charitable giving in the UK.

Making sure your money is well spent

Although there is no guaranteed way to ensure that charitable donations get to the right place you can take steps to make sure your money has the best chance of reaching those who really need it. Our suggested checklist: