Are there better odds than simply playing the National Lottery?

Lotteries are a type of gambling that has been enjoyed for centuries. Their history can be traced all the way back to the Chinese Han Dynasty between 205 and 187 BC and it was the Romans that first brought this sport to European shores. In the UK we were quick to embrace the idea of the lottery. Although the National Lottery is the most famous UK lottery, we Brits have actually been gambling like this since the mid-1500s when Elizabeth I organised the first official lottery. 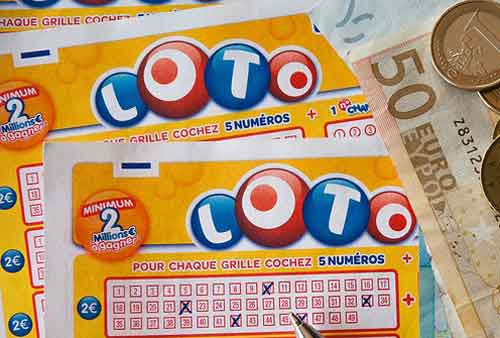 What are your UK lottery options?

There are literally hundreds of lotteries in the UK – The Gambling Commission has records of at least 520 licensed UK lotteries. Larger games tend to have bigger prizes but may also attract a much wider range of participants and charge more for tickets. Playing a smaller lottery normally increases the chances of a successful win. However, with fewer players the prizes are smaller too. Some lotteries select the winner via postcode, others via ticket. Then there are the causes – you might want to play a lottery that also donates to something worthwhile. There are many different options. So, which UK lottery should you choose? These are some of the best known.

This was the first nationally organised lottery – launched in 1994 – and a number of different games now come under its brand, including Lotto, Lotto Hot Picks and Thunderball. Jackpots are always six figures – not surprising given that it’s estimated around 70% of the UK population plays the National Lottery at a cost of £2 per ticket. Six million people win a prize of some sort on the National Lottery every week and almost 5,000 millionaires have been made since the game began. However, the odds of winning are quite low – you have a 1 in 14 million chance of winning the Lotto jackpot, for example.

There are 13 different prize tiers to the Euromillions, which is part of the National Lottery group. Your odds of winning any prize come in at around 1 in 13. However, if it’s the jackpot you’re after then these odds drop to 1 in 139.8 million! Tickets cost £2.50 each and include entry into the Millionaire Maker draw. As Euromillions is played right across Europe the jackpots can be huge – so far a jackpot of £167 million has been the biggest on offer.

Entry for this lottery is your postcode, as well as a unique three-digit number. There’s no automatic entry and you have to buy a ticket – when you win, you win with all the players in your postcode area. Tickets are £10 per month, which covers 10 draws over four weeks. A monthly jackpot of £2,000,000 is divided up in the winning areas with a maximum per person of £400,000. The odds of winning the People’s Post Code Lottery are closely protected by the brand, which says this is commercially sensitive information. However, experts put this at about one in 162,000.

Launched in 2011, the Health Lottery isn’t a national lottery but a partnership between 51 different lotteries that represent a local authority in the UK. Tickets cost just £1 or 50p and a proportion of each ticket sale is donated to local good causes. There was some scandal about this at one point, as just 20p from every £1 made it to these good causes (the National Lottery gives 28p) but the amount has now apparently gone up. You’re seven times more likely to win on the Health Lottery than the National Lottery. However, the prizes are also significantly smaller with winnings capped at £100,000 per draw.

A new approach to lotteries

Lottery games and prizes continue to evolve, partly driven by the need to attract more players and partly to offer better prizes. Camelot, the operator of the National Lottery, for example recently decided to introduce a very different prize: £10,000 a month for life. Around ten of the UK’s lump sum winners have blown all their winnings since the game began. This new prize is geared towards avoiding that and also appealing to demographics looking for different things from a lottery prize, perhaps to top up a pension.