Would a balance transfer credit card make sense for you?

If you’ve got a credit card with more than £1,000 outstanding on it, you might be considering applying for a balance transfer credit card. These cards offer a promotional introductory period – sometimes for as long as 18 months – where you will not be charged interest on the amount that you have transferred.

But are they a good idea? Do balance transfer cards actually save you money or can you end up in even more debt and make your financial situation worse than it was before you started out? 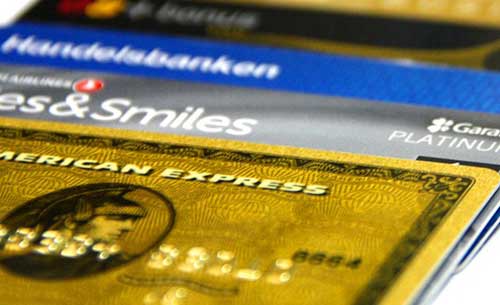 What to consider before applying

There are plenty of promotional balance transfer cards out there with virtually every major card issuer offering deals lasting between 12 and 18 months. But before you jump in and start applying for one or more of them, it’s important to note that just because the headline says 0% does not mean that everybody will benefit from that rate.

Marketing rules mean that the issuer only has to offer the headline rate to 51% of people who apply. If you have an impaired credit rating or fail the issuer’s affordability test, you may still get offered the card but at a higher interest rate

Securing that 0% interest rate will save you money but you’ll almost certainly face a fee for transferring the balance off your old card. That fee could be anything between 3% and 7% of the amount that you are transferring. While you won’t have to pay the fee up front, it will be added to your new balance and you will start accruing interest on it once the introductory period expires.

So, on a £3,000 balance and a 3% administration fee, you’ll have £90 added to your new credit card balance. If you currently have that amount on a card with a 30% APR, then you’re paying £900 a year in interest so even a 12-month interest free period will save you a substantial amount of money

What to watch out for

If you transfer your balance to the new 0% credit card and then close the old card immediately, you won’t leave yourself open to the temptation of simply piling more debt back onto the old card. This is the trap that many people fall into – giving themselves two lines of credit instead of one, maxing both out and then facing two sets of interest charges once the 0% introductory period on the new card expires.

Your priority should always be on reducing your total amount of unsecured debt and that means using the 0% card to give yourself the breathing space you need to begin attacking the balance. Simply reverting to spending without thinking through the consequences is likely to land you in more trouble than you began with.

Ultimately, the decision on whether to apply for a 0% credit card will come down to how disciplined you are and whether you can stay the course and pay off your credit card debt before the 0% offer period comes to an end.

To do that, you will have to make sure that you don’t make any new purchases on the card that you have transferred your balance from and, if the new card doesn’t also offer a 0% period on purchases as well, you don’t use that for spending either.

Also important to remember is that you must make sure that you make at least the minimum repayment on time every month on the new card. If you don’t, you’ll find that most card issuers will terminate the introductory period early and you will have to start paying the normal interest rate on top of any default or late payment penalties.

You will also need to make a note on your calendar of when the 0% interest period comes to an end because once it does, you will start paying a high interest rate on what remains on your balance.

Responsibly using a 0% balance transfer credit card is a powerful way to help you pay off your debts faster than simply making the minimum repayments on your cards each month which may mean it can take decades to get out of debt.

But it is not a panacea, merely a tool and resorting to old patterns of spending more than you earn will leave you in more debt than before the balance transfer.