Subprime lending is back in the headlines for the first time since the financial crash of 2008/9. Finance for people with bad credit histories – particularly for mortgages and cars – is rising at a faster rate than at any time since the mid 2000s. A survey carried out by price-comparison website Moneyfacts.co.uk has confirmed that there is an increasing number of loans to people with impaired credit records. The research found that the number of products offering mortgages or secured loans to people with bad credit has more than doubled to over 260 compared with 110 a year earlier. 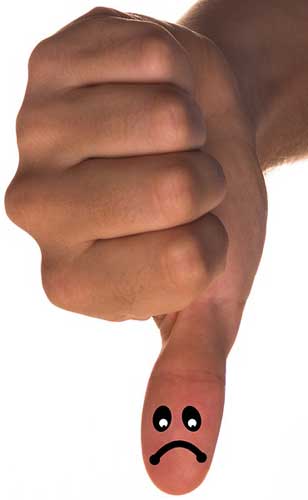 nstream financial organisations. Marketwise predicts that this figure would rise to 15 million people if Britain goes into a severe recession.

The so-called sub-prime finance industry boomed in the run up to the financial crisis. But after the crisis and in the face of new lending regulations, it shrunk substantially and became centred on payday lending and doorstep loans as financial organisations shied away from risk.

But while new rules on interest rates and the number of times that loans can be rolled over have subdued the payday lending market, other forms of subprime finance are growing strongly again.

Peter Tutton, the head of policy at StepChange, a charity that helps people who have got into difficulties with debt, told Reuters:

90% of our clients also have mainstream credit, but a financial shock such as job loss has pushed them to use high cost credit to manage their debts.

Meanwhile the so-called “near prime” market – those whose credit record is regarded merely as “fair” instead of “good” or “poor” is thought to be growing even faster. Recent figures suggest that between 10 and 13.5 million adults in the UK are classified as near prime because they have a threadbare credit history or one that has been slightly impaired by one or two financial mistakes in the past, an inconsistent address history or a low income.

In Understanding the Near Prime Market: The Consumer Perspective – a report undertaken by credit provider New Day – research found that more than a quarter of all consumers in this sector do not know that having a poor credit rating can mean that they may not be able to secure credit from a mainstream lender. Meanwhile more than a third of these consumers think that missing a single repayment means that their credit rating is wrecked forever and that there is nothing they can do about it.

The report also found that about three quarters of near prime borrowers are unaware of the consequences of having an impaired credit rating. Many of them, the survey reported, did not realise that having a poor credit rating could result in them having to pay more for services like mobiles phones, utilities and broadband contracts.

What do I do if I have Bad Credit?

There are plenty of credit cards that have been designed for people with poor credit records. Many of these are referred to as “credit builder cards” because they are a way for people to repair their credit records by building up a history of regular repayments. While those with the very worst credit ratings may not be eligible (those with county court judgements or CCJs, for example) there are many that will accept applications from people with one or two defaults on their records.

Most of these cards come with lower credit limits and higher interest charges than standard credit cards.

Having bad credit does not necessarily mean that you will not be able to get a mortgage or a loan. Several mortgage products are available to subprime borrowers but most will require a higher deposit – sometimes as much as 40%. In general, the larger the deposit you can put down then the higher the chance that you will be accepted and the lower the interest rate.

But for first-time buyers with no equity in an existing property, the options may be extremely limited. You may find that you will need to take out another form of finance and build up a reliable credit history before you’ll be accepted for a mortgage.

Those in this position may be able to find a guarantor mortgage where a third party acts as a co-signatory on the application and will guarantee repayments should the applicant fall behind.

If it’s a personal loan that you’re after and you’re struggling to be accepted, then it might be worth considering a guarantor loan where a family member or friend guarantees the repayments on your unsecured borrowing.

How to Rebuild Your Credit Rating