The January 31 tax deadline and what it means for you

If you are one of the six million people who have yet to send in your tax return and are obliged to do so, then you now have two weeks to complete it, file it with Her Majesty’s Revenue and Customs and pay any tax that you owe. If you don’t meet this tax deadline, then you must pay a £100 fine and may face other penalties.

Last year, nearly 900,000 taxpayers missed the deadline for filing their 2014/15 return and had to pay the fine. With so many returns still outstanding, it’s a fair bet that the figure is likely to be similar or higher this time around. 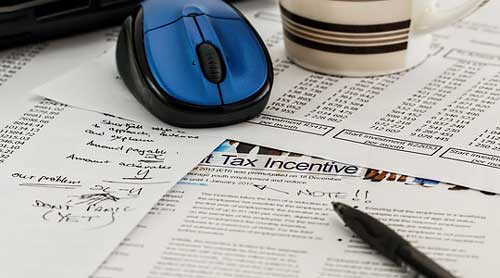 Who must file a tax return?

You must file a tax return If, during the tax year that ended on April 5, 2016 you were:

HMRC also specifies that some other people who work in particular professions – religious ministers, for instance – also have to fill in a tax return. Other people including Lloyds underwriters may also have to file. You can find out more on the HMRC website.

If you haven’t registered

Time is extremely tight if you haven’t registered yet and need to file a tax return. That’s because the tax deadline for paper returns closed in October and you now need to file it online at the HMRC website. To do so, you will need to register and that takes several days or weeks.

You’ll need your unique taxpayer reference number (UTR) which will be on any correspondence sent to you by HMRC as well as your P60. You will need to enrol with service online and then wait for be sent an activation code in the post which is supposed to take seven working days but can take longer during busy periods. You then use this code to activate the service.

Once activated, you’ll be able to use your online personal tax account to file. You’ll need to set this up at the Gov website.

I have an excuse for missing the tax deadline

Don’t bank on HMRC being lenient with you. The agency says that it will “always help and support for those who have a genuine excuse” but urges those who think that they might miss the tax deadline to get in touch sooner rather than later and explain why they might file late.

HMRC has recently said that it will be lenient with those providing a reasonable excuse for late filing because it is devoting more resources to crack down on tax evaders and those who consistently file late. In a statement, it said: “This remains the case, but the excuse must be genuine and we might ask for evidence.” It gave examples of some excuses which were rejected last year including a man who claimed his return was on his yacht which caught fire and another who said his wife filled out his return traditionally but that she had suffered from a headache for the 10 days leading up to the deadline.

If you miss the deadline of midnight on January 31 and don’t have an acceptable excuse, then you’ll be automatically fined £100. This applies even if you don’t owe any tax.

If you then go three months late, you’ll be fined £10 for every day that you are late up to a maximum of £900. Go six months late and you’ll face a further penalty of 5% of the tax due or £300, whichever is greater, and after 12 months, another 5% or £300 charge. There are also additional penalties for paying late of 5% of the tax unpaid at 30 days, six months and 12 months.