How to protect yourself from rogue traders when doing home improvements

It’s the scenario that anyone making home improvements dreads: assuming that you’re working with a reputable plumber or builder and then finding out that they are actually a rogue trader. Normally, this only becomes evident when it’s almost too late to do something about it. So, how do you protect yourself from being misled by someone without the of best intentions? 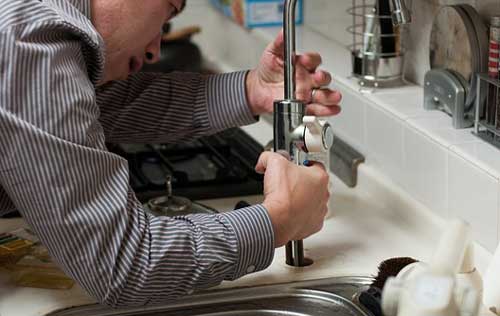 Be aware of the common scenarios

Rogue traders are everywhere in the home improvements industry. Construction work and refurbishment, for example, are big investments for most people but also something many of us don’t have a lot of experience in. There are large sums of money involved and often a lack of knowledge of what is a “usual” process means that rogue traders can get away with misleading people. A common scenario involves a deposit payment up front for something like a conservatory or an extension. The deposit is usually several thousand pounds but could be up to five figures. Often, that’s the last that the homeowner will see of their money as the trader simply disappears.

In theory yes. However, it can be quite a process. Currently, the law allows a rogue trader who has ripped someone off to simply declare their company insolvent and then start up a new company the next day and carry on. Anyone who has contracted with the old company will have only limited opportunity to get their money back, as directors can often walk away from an insolvent business without any liability for debts. Eventually, if there are enough complaints about a business, then Companies House may strike that person off as a director, which means they can’t create any more businesses.

How significant is the problem?

It’s a fairly substantial issue, especially as it often involves life changing sums of money. Citizens Advice receives 3,000 calls a month about building work that is substandard. Over the course of a year it received 7,000 complaints about work where money had changed hands but projects had not been finished. With 43,877 complaints annually, substandard builders represents the second biggest issue that Citizens Advice receives complaints about.

How can you avoid a rogue trader?