Could your favourite soap & sitcom characters really afford to live where they do?

For many of the UK’s most popular soaps and sitcoms the gentrification of their districts has passed them by. And when watching episodes of the old favourites it’s easy to wonder whether they would now be situated in their original locations given the rapid rise in property prices since those shows ended.

So we thought we’d play a game to see what the reality is.

There’s something implausible in the dark heart of the average EastEnders episode. It’s not the East End hardmen who never swear, the terminally ugly who manage to have affair after affair or even that bench they all go to sit on to have a cry.

It’s that none of them could even afford to live there in the first place! 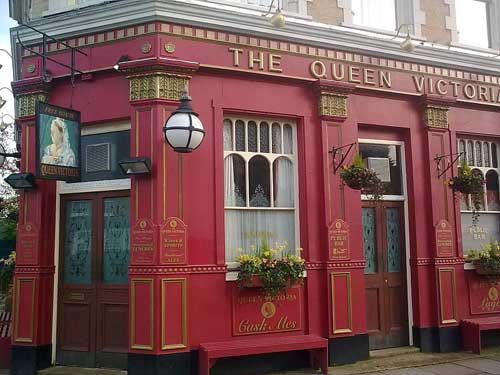 The residents of Coronation Street fair little better. Earning an average of £1,326 every month and paying an average rent of £1,043 they’d be left with a mere £283 per month. After food and other essentials they’d barely be able to afford to dampen their sorrows in the Rovers Return, let alone drown them. 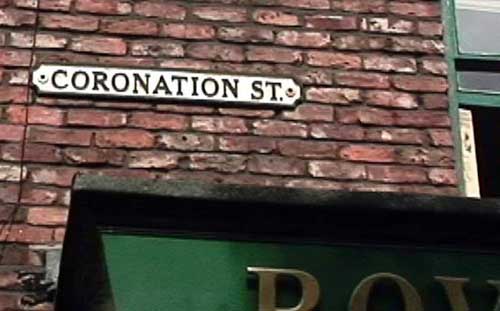 Where could our favourite TV characters afford to live in 2018?

While soap characters might struggle to make ends meet, what about some of our other favourite TV creations?

Derek “Del Boy” Trotter famously lived in rough and ready Peckham until finally making his fortune and moving to the country. 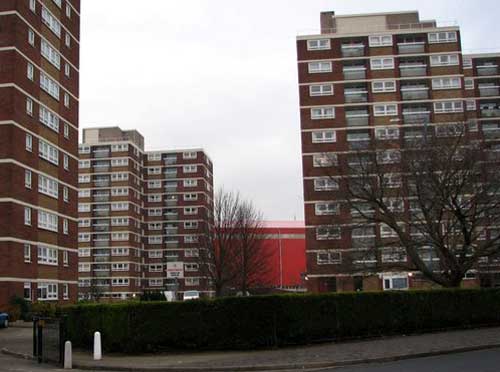 Would a modern-day Derek Trotter be able to afford to live in Peckham? Sadly it seems not.

With rent nearly matching his income and without the help of a bad credit loan Del would be forced to live elsewhere, or at least give up Uncle Albert and Rodney and move into a one bedroom flat by himself. If he insists on three bedrooms it would be Crystal Palace rather than hipster Peckham: 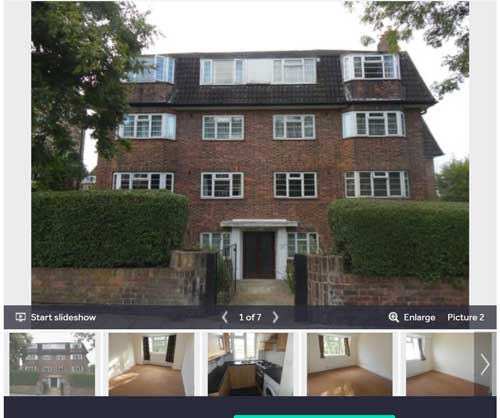 Given that nowadays he’d be more likely selling his wares on eBay and competing with goods from China, it’s debatable whether he’d even manage that.

Ab Fab’s Edina Monsoon lives in a large house in Holland Park, unlike the others on this list who rent Edina has bought her house and owns it outright. Unfortunately though, even in the 90s when the show began this would have set her back £1.5 million which would have been unaffordable even given her well paid job as head of a PR company.

Given her likely wage of around £100k, she’d get about £450k for a mortgage, just enough for a three bedroom flat in Lewisham.

Still, Lewisham is so now darling! 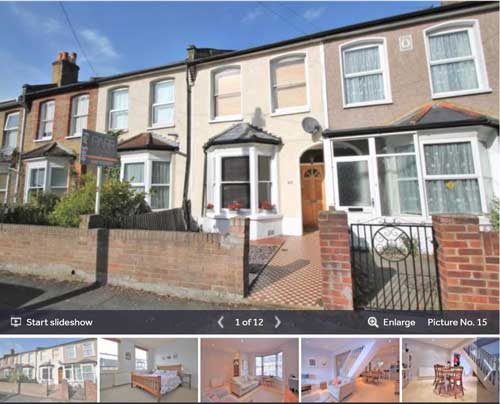 Sherlock Homes wouldn’t fare much better. While he famously resides at 221b Baker Street the reality is that he couldn’t afford it. On a average private detectives salary of £1,865 per month he’d be £1,580 short of the average rent of £3,445 for a three bedroom apartment in Baker Street.

To live affordably he’d have to downsize to a one bed in Tooting. Still there’s probably enough crime in Tooting to keep him busy. 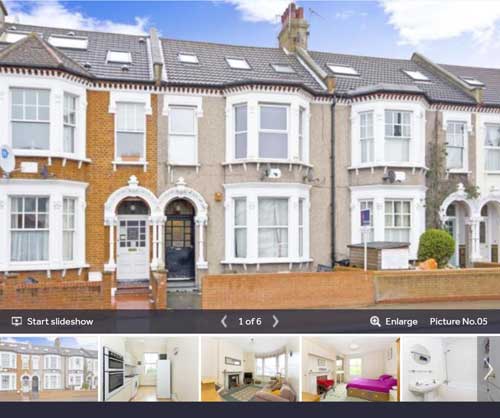 While the location of the Zooniverse is never revealed, Vince and Howard’s flat is, and the pair reside in trendy Dalston. Sadly, as professional musicians they’d be earning around £1,096, doing a couple of gigs per week (we reckon their pay from Naboo is negligible given they never sell anything and cause him no end of problems).

While Dalston may be unattainable, a one bed in Camden is just about manageable. But it could be a mighty squeeze for the Mighty Boosh. 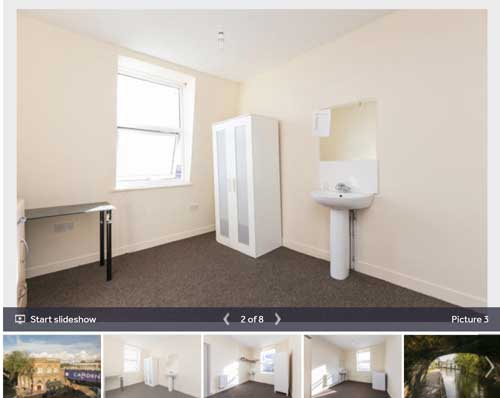 Alan was always a tragic figure, but from being within striking distance of a five-bedroom, mock Tudor house in series 1 by the end he was living in a caravan next to a building site.

But could Alan even have afforded the Travel Tavern? Sadly, it seems not, unless Lynn stumped up for a guarantor loan:

We’d love to see the episode where Alan moves into a youth hostel (with or without Chris Eubank). Given his aversion to the Mini Metro though we suspect he’d put up a fight. 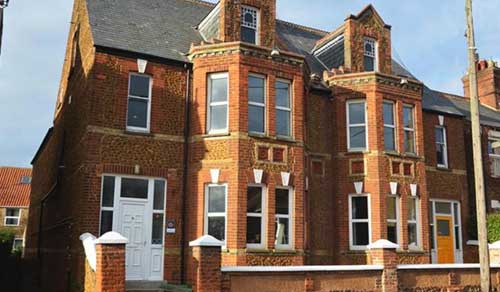 It’s not just UK characters that face the demands of high property process. New York is famous for many things, but cheap rents aren’t one of them. 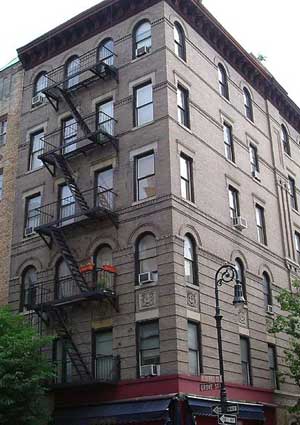 All the characters in Friends (at least at the start if the show) have jobs that make it unlikely they’d be able to afford the (huge) apartments they live in.

Monica inherited hers and apparently has rent controls in place (we’re still not quite convinced she’d be able to afford it). Chandler always did well for himself and had a bit leftover to bankroll Joey from his jobs as an IT procurement manager and later an ad man. But given that even small New York apartments require serious money, even Chandler stretches credibility.

Joey is, by the end, the only one who might plausibly be able to afford his apartment. Joey goes from being poor and leeching off Chandler to being a soap star (with a few hiccups) who, if he wanted too, could probably pay for the all of the friends combined.

Of course, how long they’d stay friends once they were financially beholden to him is debatable.

While TV characters may be struggling to pay the rent, how are the ones trying to run a business fairing?

We looked at the per year lease costs of business premises for two TV businesses to see if their business models stack up.

Through a combination of very irregular opening hours, extremely poor customer relations and refusing to order new stock, its hard to imagine Black Books made much money to start with. Once you factor in the annual costs of leasing even a small shop in posh Bloomsbury, its even less plausible that Bernard would make ends meet: 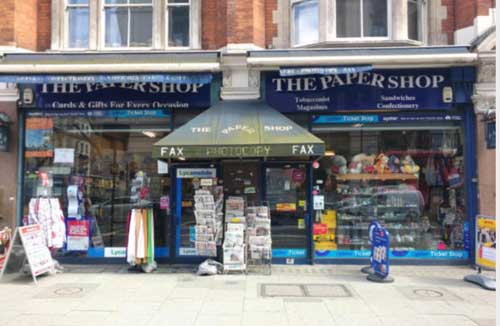 Bear in mind this is just leasing the shop and doesn’t include stock, business rates, running costs or insurance, it seems unlikely Bernard would be making ends meet. This doesn’t even factor in paying Manny or the cost of Bernard’s colossal booze habit.

Given these factors, it looks like Black Books would struggle if it were a real business.

Brian had a lot of overheads running The Phoenix Club, mainly in the form of pay for his long-suffering staff. Lucky for him though, property prices are a bit more reasonable in Bolton than London so he doesn’t have to sell too many bottles of beer to turn a profit. 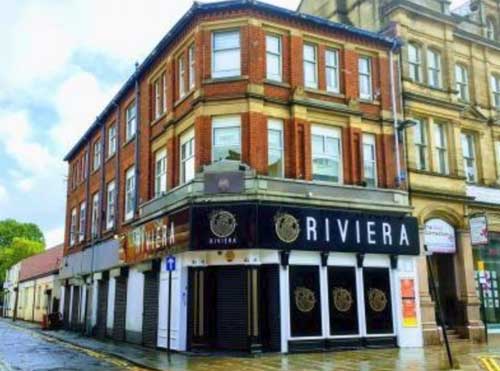 Again, this is just the lease and doesn’t include business rates, running costs, staff costs or insurance or stock. Given that Brian does manage to get a few customers through the door, he may have a shot at successfully running the business, especially with his trade mark corner cutting.

What if they Bought?

As a final thought, if Del Boy had bought his council house in 1981 (the year the show started and one year after right to buy was introduced) he would have spent around £30,000. He could sell the same now for around £400k, that’s a 1,233% investment growth. Better than the money you’d make from crash turbans, inflatable dolls or chandelier cleaning.

The moral of the story is TV show economics don’t have much in common with real ones. Still, a TV show about Del Boy making well considered property investments over a 30 year period probably wouldn’t have been much fun to watch.