A survey by the Citizens Advice Bureau in 2012 found that debt problems are negatively impacting almost all aspects of the lives of the people affected, including their work and home lives, family relationships and health. The recent boom financial years and the associated ease of borrowing saw a many variations of cheap credit become widely available and enabled many people to enjoy things they would not necessarily have had the chance to. Whilst initially this may have seemed like a great opportunity for some people, inevitably it led to some individuals living beyond their means, without a realistic prospect of ever being able to meet the true cost of their borrowing. 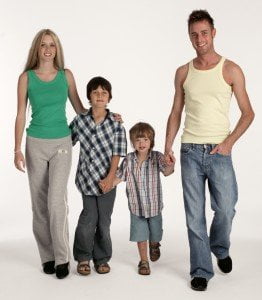 What to Watch Out For?

It is very rare for debt to spiral out of control over a short period of time and as such there are generally some tell tale signs to keep your eye out for. These include:

As soon as you begin to notice any of these, the time to act is now before it becomes too late. To ensure you stay ahead of the game it can often prove to be a worthwhile exercise to write down a comprehensive list of your monthly expenditure and compare it to your income. Whilst this may prove to offer a rude awakening for some people, very often people carrying excessive debt bury their heads in the sand and try and ignore it, which can prove to be a huge mistake. Monthly expenditure is very often far more than we imagine and by seeing things written down clearly in black and white, it is very difficult to ignore what may be starting you in the face.

The first thing to do is to ensure that you don’t panic. There are very few problems which cannot be resolved and mounting debt is no exception. One of the most beneficial things to do can be to obtain some sound financial advice at an early stage. By obtaining a professional perspective on your particular situation, there is every chance you will receive an informed viewpoint which may put a whole new complexion of the situation.

Whilst there are many options for sorting out debts, it is crucial that you have a complete understanding of the agreement into which you enter.

A bankruptcy or individual voluntary arrangement (IVA) lasts typically between one and five years and at the end, any balance of unpaid debt outstanding is written off. A debt management arrangement lasts a great deal longer, however, and there is no guarantee that any part of the debt will be written off. People must realise that these are informal plans that can be changed by the creditor at any time and this can include an increase in the amount of the monthly payments. These informal arrangements are only a way of delaying dealing with debt and do not tackle the core issue.

If you would prefer to adopt more of a debt consolidation approach, there are a number of no credit check loans in existence which will allow you to bring all of your debt into one place will the goal of helping to focus on one payment rather than several. All poor credit loans come with an associated APR which far exceeds a standard unsecured loan but because loans such as a guarantor loan has been designed to cater for people with a poor credit rating, the chances are significant current debt will not be enough to render you ineligible. It is always important to remember that just because you may be faced by mounting personal debt, there will be an option to help bring it under control if you are prepared to work at it.