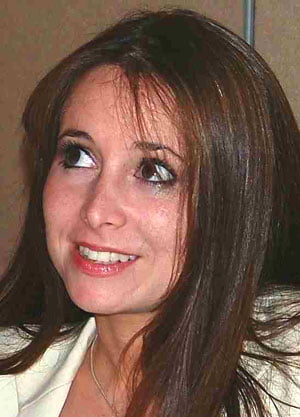 Kit Perkins lives in West Yorkshire with her family and a semi-feral cat called Nakatomi. Since 2004, Kit has been writing feature articles on writing, health, science, reviews, leisure activities and travel. Her ‘specialist’ subjects are geocaching and comping, (entering skills competitions) which has got her into all sorts of adventure. She’s been swimming with dolphins while pregnant, blown up an abandoned school, and floated in zero gravity over Vegas in The Vomit Comet with Ozzy, Sharon and Jack Osbourne.

Kit blogs on parenting, days out and alternative forms of exercise, including Rock ‘n’ Pole, roller disco and heavy metal bellydancing. Her favourite exercise? Dancing round the kitchen with her kids to The Clash. 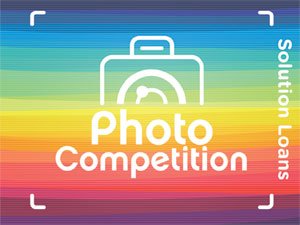 Once in a Lifetime

“Toast, everyone! Quieten down now! A toast – a double celebration, in fact. To our darling daughter Emma, about to go on her gap year across Europe. Best of luck, Emma. Be safe, hon.”

“And…shh-shh-shh! It’s also Bon Voyage!” Joe put his arm around Pat, who was sat next to him. “Champagne, fois gras and no home-cooking for the next few months, eh, Mum? To the high life!” Pat surveyed her lovely family. She smiled over at her husband Phil, watching him raise a glass as he beamed cheekily back at his son.

“Photo for your family, M’am?” the ship’s photographer looked very dapper in his uniform, camera at the ready. Lazing on the deckchair, Pat glanced over at Phil for approval, one eyebrow raised, meaning Can we afford it? Phil nodded and grabbed hold of her hand. He grinned like a young boy at the photographer which made her chuckle. Three…two…one…click.

Pat looked down at her hand, interlocked with Phil’s. She was reminded of a wedding photo, a traditional pose of newlyweds’ hands showing off brand new wedding rings. How had they got so wrinkled and frail? Hand in hand, Pat and Phil had been on quite a journey. Many winters later, years of washing up, changing nappies, housework…Pat didn’t mind. Phil was good company, he worked hard and treated her well. Even when he was ill, or too tired to talk, they took comfort simply being by each other’s side. She thought about how they’d made it this far.

Clever, meticulous, organised Phil. Pat never dreamed a luxury cruise would be on the cards had it not been for his forward planning and a decent loan. A retired financial adviser, it was natural that Philip took control of the money. Pat, a thrifty homemaker all her married life, took charge of plenty of other things. Never mind political correctness or girl power; they were a good team. Phil owned credit cards for emergencies, but after years of sorting out clients’ financial problems, he refused to live on the Never-Never. He researched exactly how much they’d need to borrow and fine-combed the T and Cs, making sure he’d pay the loan back in time. Eighteen months later, it paid off. Literally.

Shortly before their 40th wedding anniversary, a manila envelope came through the letterbox and plopped onto the doormat. When Pat opened it, Phil’s face lit up with proud excitement as she pulled out the official paperwork and cruise itinerary. Not just any cruise either. Known simply as The World, this cruise ship sailed continuously round and round the entire globe. The uber-rich could spend months, even years travelling, exploring and having adventures, hopping on at one exotic location and getting off at another. The not-so-rich could share in the dream by joining the ship for part of its romantic voyage.

That same evening after dinner, Pat swirled a tea towel round and round inside her favourite coffee mug. She felt like a teenager again, dreaming about the cruise as she grabbed her freshly washed plate off the draining board. She’d never set foot on a cruise ship; this one was an enormous floating village! The photos looked amazing – the MS World had swanky cocktail lounges and six restaurants (plus a kitchenette in their own little suite!) A deli, grocery store and boutique, where Pat could splash the cash – within reason, of course.

If they were feeling energetic, there was a full-sized tennis court and putting greens, as well as a pool and a spa. Or they could relax and watch live music performances, visit the library or cinema. Being quite introverted, Pat was looking forward to planning her on-board activities more than the off-ship excursions, but Phil had always wanted to visit the Caribbean, so she was happy to go along for him. She would go anywhere with Phil by her side. Who would have thought little Patty Molloy, whose parents owned the corner shop on Turpin Street, would end up on such a fabulous cruise ship, sipping Prosecco in the middle of the Caribbean?

From the moment the couple set foot on the ship, they knew they would have to be careful. Meals were all-inclusive on board, but they had to be frugal onshore. They discovered where the staff drank from water coolers for free and filled up flasks to take on tours. They made it into a game, pretending to be spies, hiding extra food from the breakfast buffet in their napkins, sneaking it into pockets and bags. It was fun!

One night, Phil disappeared off to the bar and took a while to return. A sprightly well-dressed gent in navy blazer and chinos approached Pat.

“We’ll be crossing the Bermuda Triangle tomorrow,” he said. Who knows what could happen? Perhaps we should make the most of tonight, just in case. Care to dance?”

“My husband should be back any minute now.” Pat smiled sweetly, flattered and slightly embarrassed. “He wouldn’t be too pleased, but thank you, anyway.”

Sadly, the old gentleman looked around, shrugged and wandered off. Later that evening she remembered to tell Phil just before she drifted off to sleep. In the dark, he whispered, “You’re my beautiful Patty-Belle, it doesn’t surprise me one bit…”

Pat and Phil were down to their last few dollars, so the next night they decided to really push the boat out, as it were. They bought a bottle of Belle Epoque and danced together on a twilight deck, away from the rest of the passengers on the ship. Their elderly ears strained to hear the music from the ballroom on the deck below as they swayed in each other’s arms. It was time.

“I’m scared, Phil. And it’s cold. You know I can’t stand the cold.” Pat pulled her cashmere shawl tight around her shoulders. She bought it for a couple of quid in a charity shop before they went away. No point buying new.

C’mon Pat,” said Phil, leaning over the barrier. “Look how far up we are up here. Actually no, NO! Don’t look down.”

“I feel a bit queasy already…”

“You’re drunk! That’s good! You won’t feel a thing. It’ll all be over just like that; like hitting a wall of…”

Pat finished the bottle and took a deep breath. She felt light-headed. Bracing herself, she eased her leg over the bar and winced as her arthritic hip creaked. That was something she wouldn’t miss; the aches, the creakiness; especially first thing in the morning. She steadied herself on the rail and looked towards the setting sun, immersing itself into a molten bronze sea.

“One more step, Patty. You can do it. I’m with you.” Phil was holding her hand tight.

Hand in hand, the couple leapt off the edge of the boat into the sunset.

A few days later, Joe received a letter in the post. His face morphed into horrified disbelief as he gripped the back of the kitchen chair. Neatly written on fragile Airmail paper, begging her son’s forgiveness in Pat’s practical manner:

You’re all grown up now, Joey…You won’t be liable for any debt…Just think, no visiting us in a care home, no long drawn-out illness to contend with…

Joe’s blood ran cold as he read his mum’s unbelievable words. He’d come across cases like this before; over the years, hundreds of passengers had fallen overboard in international waters, police investigations drawn out for years, hampered by legislation. His mum was telling him to let go; at least Joe knew what had happened to her, unlike the other poor families who were left to wonder if their loved ones had been murdered and disposed of. He shuddered to think of his mum in the icy darkness of the ocean. She never did like the cold.

Ruth watched as Joe sat down suddenly in shock. She sat beside her husband and put her arm round his shoulders, shaking her head in disbelief as she read the letter in his hand.

Ruth squeezed Joe’s shoulder gently. “Your mum never believed your dad was truly gone, did she?” Joe shook his head sadly. Ruth reminded Joe of the double celebration meal to say bon voyage. It was their daughter Emma who had started the teasing:

“Hey Gran, guess you’ll be coming back with more than a few souvenirs from this cruise then, eh? How about a new fella?” Pat had hinted she had someone in her life already. She wouldn’t say more. They joked that Gran must’ve got herself a secret fancy man. But Pat wasn’t the type to keep secrets.

Joe turned the last page. Attached to the back of the letter was a photo taken by the ship’s photographer. He put his hand to his mouth as he smiled and nodded. Mum looked happier than she had been since Dad’s death. A woman at peace with herself. She never did anything without Dad, so it was amazing that she’d gone out to the Caribbean on her own.

Joe peered closer at the photo taken by the ship’s photographer. His mum was alone, reclining on a deckchair. Pat’s hand was resting on the empty seat beside her.

Across her hand, the camera had captured a perfect arc of gold and rainbow light.

Now you’ve read this story you can tell us what you think.

Our reputation is great. In fact we have scored 4.7 out of 5 based on 1861 ratings & 252 user reviews across its range of services.

Mr. F.B. from Liverpool WRITE A REVIEW
Previous Next

We provide quick and simple enquiry forms that are 100% safe & secure to access the loan you need.